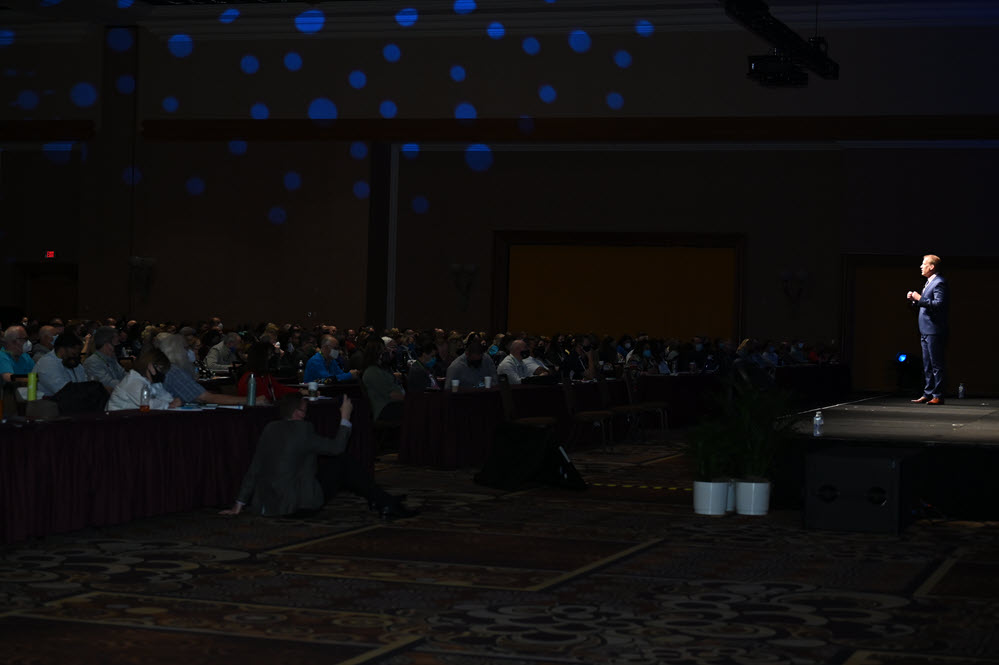 The PPAI Expo 2022 in Las Vegas, Nevada, began only minutes ago, and already two marketplace-shaping announcements have been made.

First, the Association has set plans to hold a pair of end buyer-facing events in 2022. The first Promotional Products Work Expo will be held virtually in late spring. The events will be geared toward distributors and the clients they invite, providing education based on PPAI’s research into why promotional products are effective marketing tools. 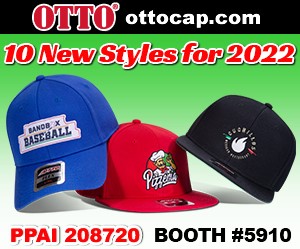 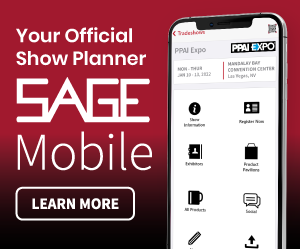 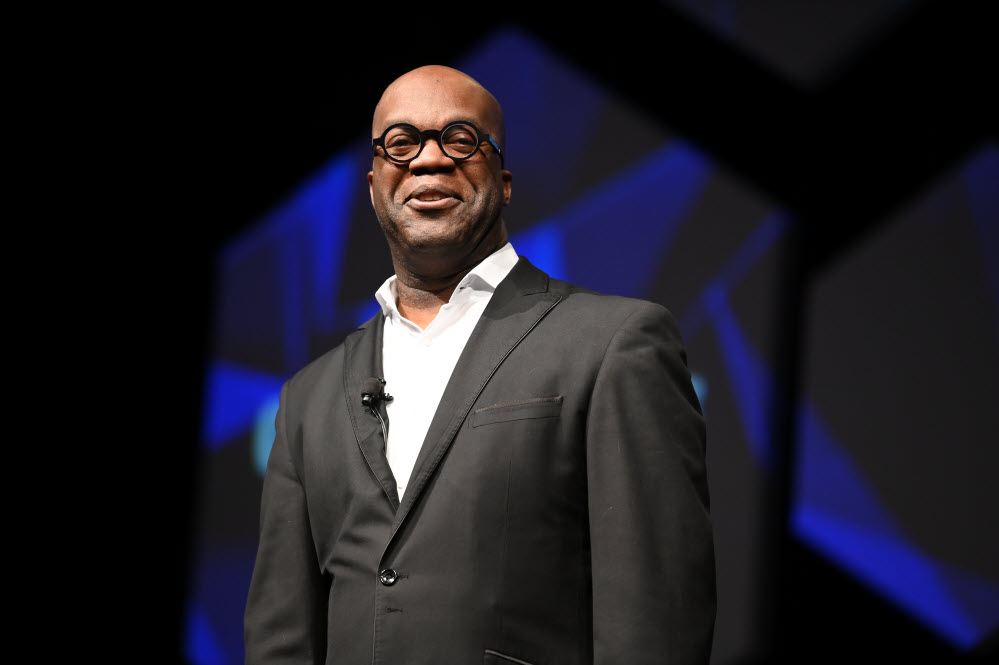 The best experiences buyers have with sellers and brands, Bailey said—the ones that prompt repeat business within the promotional products industry—involve going above and beyond, not merely serving the customer, but caring for them, creating “spark moments” that turn transactions into relationships. 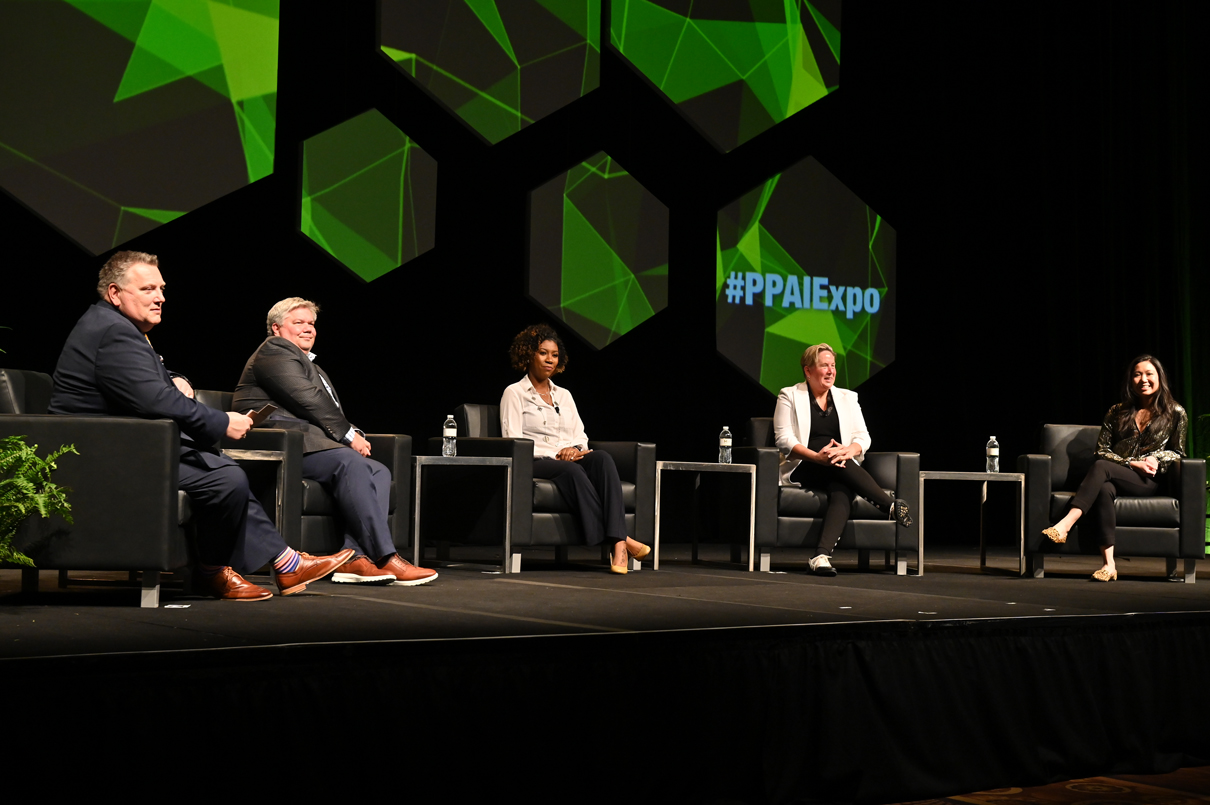 DEI Panel Centers On Change, Giving And Getting Opportunities

For professionals, diversity, equity and inclusion (DEI) practices make understanding each other better as individuals a priority within a work environment—by ensuring that everyone has a seat at the table.

In the Monday afternoon general session, "Building a Framework For Diversity, Equity and Inclusion in the Workplace," four industry leaders with their own stories to tell sat down for a rich discussion on DEI, associated challenges and opportunities, and best practices, while also peppering in their own personal experiences, and showing how they became catalysts for change themselves.

Whether it’s an economic downturn or a global pandemic, all managers and leaders must, at some point, face challenging times and make difficult decisions. During The PPAI Expo general session on Monday, “Leading Through Adversity,” PPAI President and CEO Dale Denham, MAS, hosted a panel of industry leaders to share how they’ve led during tough times.

Diving right in, Denham asked each panelist: What was the biggest mistake you’ve made and what did you learn from it? For Nicholson, it was how he was trying to improve a company, Bullet Line Promos, after its acquisition 15 years ago. “Bullet was doing well but was having consistent quality and service challenges. We never could seem to get it on track,” said Nicholson. After a tremendous effort of trying to improve processes and systems, Nicholson said it wasn’t getting better. “What I learned from that and what ultimately got us on track is, rather than focusing on the process and system, we weren’t focusing enough on the people. Start with the people.”

In a breakout session during Monday’s educational program at The PPAI Expo in Las Vegas, speakers made it clear that issues of concern for people around the world are already affecting the promotional products marketplace, and will only continue to create important impacts.

The panel, titled “Corporate Social Responsibility (CSR) In Our Industry: Where Are We Headed,” included SanMar Chief Product Officer Pat Noonan and Liz Kennedy, director of ethical labor and sustainability for the University of California-Los Angeles Trademarks & Licensing, discussing topics ranging from carbon-conscious production, to packaging waste and ongoing concerns over forced labor in China and elsewhere. In December, President Joe Biden signed into law a bill banning all imports from China’s Xinjiang province, under the presumption that all goods from the area are produced with forced labor. Xinjiang, where the largely Muslim Uyghur minority has been subject to what the United States considers human rights violations at the hands of the Chinese government, is the country’s largest producer of cotton, a vital commodity for apparel makers.