Hosted by PPAI and SAGE, Wednesday’s night’s Promopalooza was billed as “the biggest and baddest Expo party ever.” More than 1,000 attendees of The PPAI Expo took in the event.

Partygoers enjoyed networking, drinks and heavy hors d’oeuvres at the stadium, which opened its doors for pro football and major events in 2020.

Attendees got access to the playing field and locker room and enjoyed entertainment from musician and DJ Marquise Jones. Promo pros were also able to take home souvenirs in the form of hand-rolled logoed cigars. Back by popular demand this year, attendees strolled through the Product Pavilion displays, snapping pictures of products that caught their eyes. The pavilion offers a curated collection of New Products, Green Products, Made In The USA Products, Healthpitality Products and 1st-Time Exhibitor Products. The annual award gives permanent recognition to individuals selected for their generous and monumental contributions of time and talent to the Association and industry. Eighty-nine individuals have previously been inducted into the Hall of Fame since its formation in 1977.

In addition to the Hall of Fame Awards, PPAI also presented its H. Ted Olson Humanitarian Award to Peter Hirsch, MAS, president of Hirsch Gift, and its Distinguished Service Award to Brandon Mackay, MAS, president of SnugZ USA and David Regan, MAS, vice president of sales and marketing at The Vernon Company.

Also celebrated posthumously at the event were the 2022 recipients of PPAI’s Promotional Products Pioneers with trophies provided by supplier Bruce Fox. Those honored were Tom Constantino, who formed Noteworthy Co. in 1954, Ronald L. Cook of Glass Graphics and Edward Halperin of Perin Product Corp. Since 2016, the program has honored individuals whose business acumen or technological skill played a key role in the advancement of the promotional products industry. In support of the Promotional Products Education Foundation (PPEF), 70 golfers from 29 industry companies took a swing at the Bali Hai Golf Club during the Glen Holt & Fran Ford Memorial Golf Tournament. In support of PPEF’s college scholarship program, the tournament raised close to $35,000.

PPEF Executive Director Sara Besly says, “It was a beautiful day on the course as we honored the memories of Glen Holt and Fran Ford, who both mentored so many people in the industry. I want to thank all the golfers, sponsors and volunteers for supporting this event. It was an amazing day.” 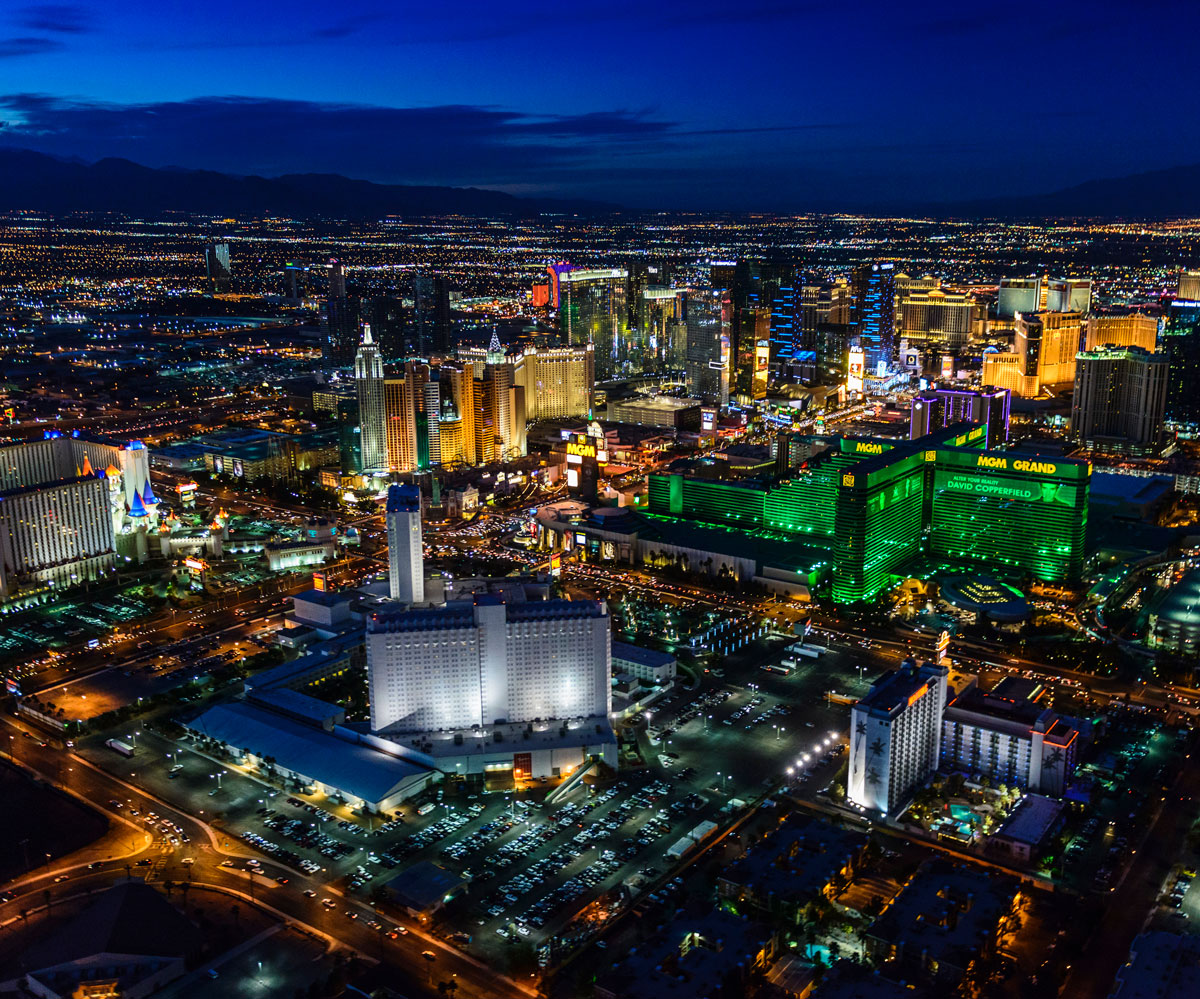 Add Some Fun To Your Trip

Things To Do In Vegas

Is it any wonder Las Vegas is known as the trade-show capital of the world? All that the city has to offer—from world-class dining and shopping to exciting gaming and shows—is easily within reach no matter what your starting destination or budget.